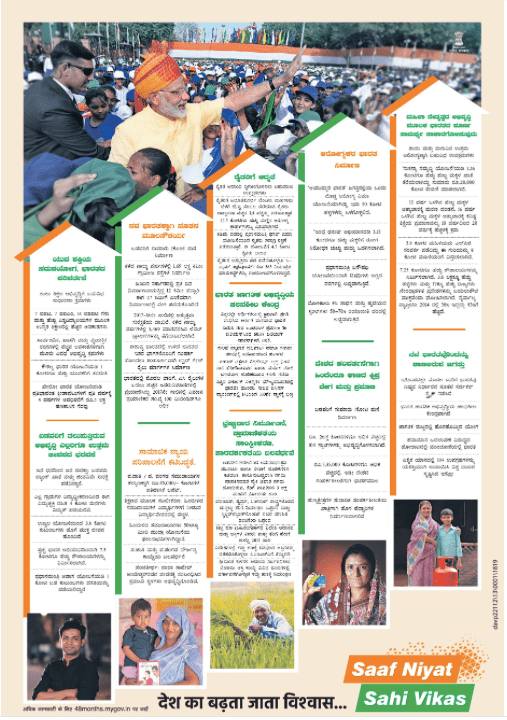 To mark four years in office, the BJP-led NDA government at the Centre has released advertisements in newspapers across the nation. The ads are designed to remove any doubts about “Hindi imposition”. The Hindi tagline is in Roman script even in language newspapers. ‘Saaf Niyat, Sahi Vikas’ Due to paucity of space—and because the Narendra […]

← Love all, hate none.
Very Important information for Parents with newly born babies: →

This site uses Akismet to reduce spam. Learn how your comment data is processed.